The North East Inner City (NEIC) Programme Implementation Board established in the wake of The Mulvey Report – Dublin North East inner City – Creating a Brighter Future (2017) with the remit of implementing the priorities as outlined therein. The NEIC Initiative invited tenders for a small- scale scoping research project in relation to new communities (referred to as “Minority Ethnic people” in this report) and to outline the challenges and opportunities for building cross-community cohesion taking cognisance of the goals and objectives of the Government’s Migrant Integration Strategy.

This report outlines the findings of the study.

The study concentrated on the integration of Minority Ethnic people in the North East Inner City.However,thespecificchallengesfacedbydisadvantagedMinorityEthnicpeopleofthosecommunities were a particular focus, and those challenges, while not identical, are often similar, and causally related to, those of the disadvantaged non- migrant population.

The terms of reference included engaging with Minority Ethnic people directly and through existing community organisations, in an effort to:

•Using the findings from the study for thematic discussion in the development of a plan of action in a consultative forum. 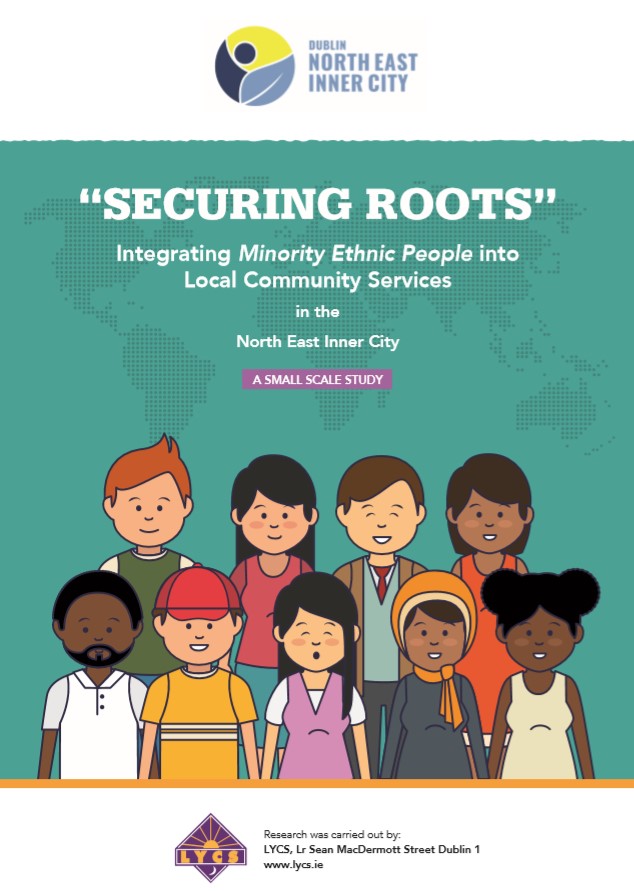