Two sculptures of Luke Kelly are due to be unveiled on Wednesday 30th January 2019 one on the southside at South King Street and the second in the North East Inner City close to Luke Kelly’s birth place at Sheriff Street.

The first was created by one of Ireland's most prominent figurative sculptors, John Coll, who has also created the city’s Patrick Kavanagh and Brendan Behan statues. Due to be unveiled at 2pm on 30th January 2019 on South King St, it features a life-size bronze, seated Luke Kelly singing and playing banjo and was donated to the city by the late Gerry Hunt.

The second sculpture, a marble portrait head of Luke Kelly, created by award winning portrait artist Vera Klute, will be unveiled at 3.30pm on Royal Canal, Guild St/Sheriff St. Vera’s piece, which was commissioned by Dublin City Council, is over two metres high and was unanimously selected as the winner of a limited competition established by the then Lord Mayor, Christy Burke in 2014.

The event at Guild Street will feature a performance of a Luke Kelly song by schoolchildren from three local schools. The unveiling event will be followed by refreshments at the local St. Laurence O’Toole Recreation Centre. 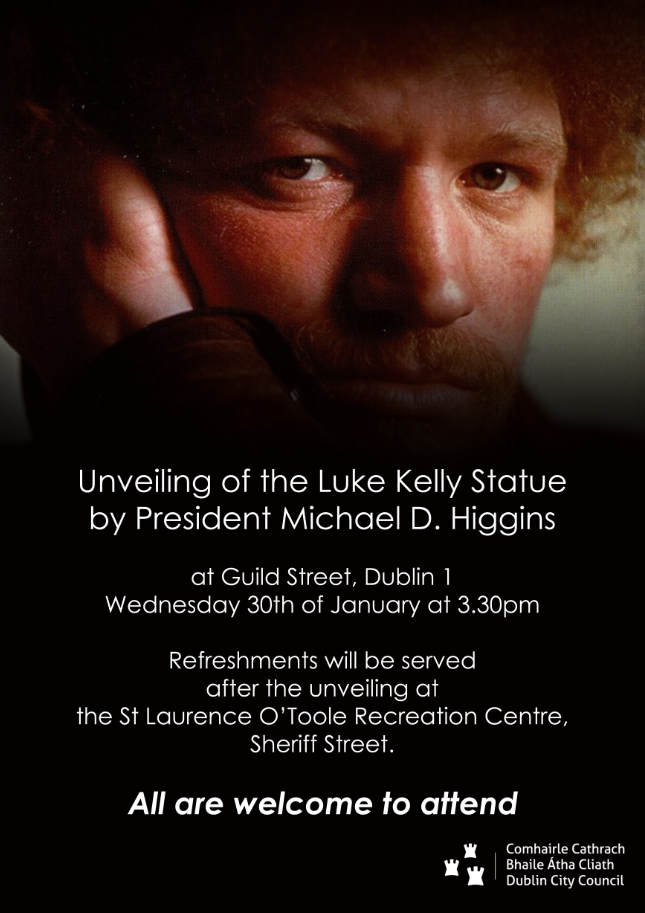