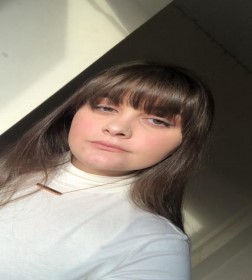 Niamh Murphy has lived all her life in the NEIC and is one of six children. She attended Mount Carmel Secondary School for the whole of her secondary education and her teachers say she was an enthusiastic and bubbly student, who loved to get involved in different activities. During her time there, she was part of the school musical, the choir and the student council.

When the NEIC summer work placement programme was announced, she decided to apply, as it was something she had never done before. She was not sure though, if she would be a good fit for a business type career. She was interviewed by three companies and was placed with A&L Goodbody. She was delighted with this placement as she was familiar with the company, having done some work there during transition year (TY).

Niamh was placed in the Talent Development team within A&L Goodbody and spent 8 weeks there last summer. Part of her role was to help with the coordination of firm wide training. Niamh managed all the mailing lists to ensure attendees were invited to relevant sessions. She collected all of the feedback and created a succinct status report every week (which is still in use). She exceeded expectation by recommending changes, based on the feedback she reviewed to the Talent team which were taken on-board. She sat in on productivity workshops for junior solicitors and all Microsoft Excel sessions and became an advanced user - she says she is a bit of a whizz now! At the end of her time in the company, Niamh wrote the following in her evaluation:

‘There’s a sense of people not liking their jobs but I had such job satisfaction from going in there. My team was amazing. I was greeted every morning and they said goodbye every day. There is an amazing sense of community within the Talent and Development & HR team and it’s definitely something I would like to have a career in. Within those 8 weeks I built many skills with the help of my team and it’ll be something forever beneficial and something I will be forever grateful for. ‘

Niamh is currently doing a PLC in Liberties College and is performing really well. She got distinctions in her exams and is on course for a University place. She is trying to decide if she would like to attend NUIM or DCU next September. Niamh is still in touch with her A&L Goodbody mentor and plans to chat through her options with Katie, before she makes her next step. Niamh attributes much of her newly found confidence to the time she spent in A&L Goodbody through the NEIC summer work placement programme. 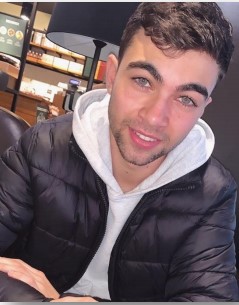 Renan arrived in Ireland from Brazil in early 2016 to join his mother, who had been here since 2011. He started in O’ Connell’s SS in Dublin 1 in a third year group, but did not do his Junior Cert. that June, as his English was not yet good enough. Over the coming years, he worked hard at improving his English language skills, in order to sit his Leaving Certificate in 2019. When the NEIC Summer Work Placement Programme presented itself, Renan jumped at the opportunity to apply. At the introduction session in his school, he asked lots of questions and it was clear he was very keen. He said he liked his business subjects and would love a career in this area. He attended the BITCI workshops and he was interviewed by two companies. Both interviews went well and he was rated highly. Both companies gave great feedback. Renan was subsequently placed with Irish Funds for 8 weeks. Over the course of his placement, feedback from Irish Funds was very positive. Renan was working with checking large data sets, which required paying close attention to detail. Company feedback indicated that Renan was personable and reliable; he had a sunny disposition and always engaged positively with his colleagues. He was always determined to complete his work and was frequently looking for his next task. His openness to ask questions also showed his willingness to complete his work correctly.

When August came around, Renan was very disappointed with his Leaving Certificate results – he did not get any CAO offer and was not sure what he would do next. He was thinking of taking a gap year. He sought the advice of his colleagues in Irish Funds and they advised doing a course, if he could at all. With their help and that of his school guidance counsellor, he explored the option of the ‘CAO available course list’ and struck lucky. He managed to secure a late place on a business degree course in Dublin Business School. Irish Funds were very supportive of Renan throughout and even offered him a part-time role for this academic year. Now, he goes to work every Monday after his morning lectures and to quote him:

‘My life would be 100% different, if I did not do the Summer Work Placement Programme. The people in Irish Funds are amazing, especially Sara and Sean. They even offered to help me with my exam preparation. I have so much to be thankful for’.